Once upon a wine: there was a "simple wine", now It is called Lambrusco!

Today we will talk about a wine which have carved out an important slice of international market over the years, which have definitely undergone a real economic boom, to the point of making them among the most drunk wines in the world. 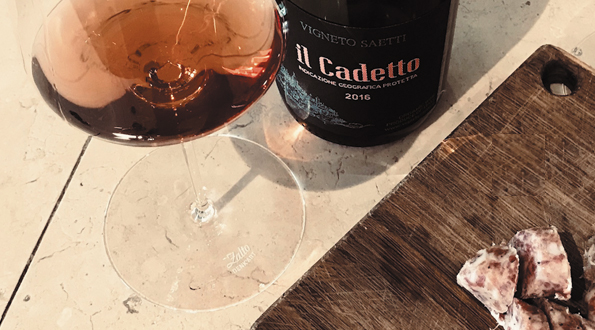 Its history starts on the contrary: it was born as a thirst-quenching nourishment for those who worked the land, a wine with a sugary residue, with the right energy without exceeding the alcohol level. In the 80s the indiscriminate success, a large-scale production and very high yields: all elements that have made it a "wine" for thirty years.

In recent years, on the other hand, almost the most snubbed him and almost ashamed to drink it.
Then the change: the revenge of a wine too marketized in the past, its rebirth, the decision of many farmers to focus on quality, low yields and indistinguishable characters of one indeed, different, truly unique territories.

For years in the States it was called a drink rather than a wine, due to its jovial, likeable character, a little sparkling.
Things have changed a lot! Not that we can easily call it a great wine (lambruschisti don't want it) if with "grande" the connection goes straight to Barolo, Brunello, etc. , but the greatness of Lambrusco lies in its extremely joyful and frank character, which makes it a wine for every day, of great drink, with an indistinguishable character and without undergoing any inferiority complex.

The first thing that has marked the change is the cultural level, both of those who produce and of
who consumes: once the Lambrusco was round, sweet, with zero tannins, an unpretentious wine understood and loved by all. In recent years instead there is an awareness: those grapes have so much to express, a unique territory and above all a gentle but firm tannin, which in its dry version expresses its best.

The prejudices about Lambrusco today begin to dissipate and the departure is as always from a very simple philosophy: to work well in the vineyard, a few bunches, a lot of selection, minor yields in order not to exploit the vines and for a greater concentration of extract. 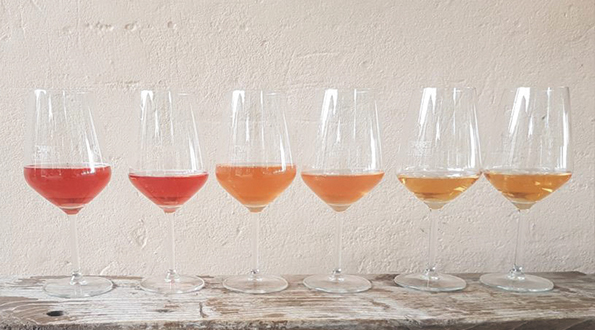 Meanwhile, if we asked a producer where Lambrusco comes from, everyone would say from his production area. This is not due to parochialism, but because there are so many Lambrusco grapes, so many areas of production, so many are the differences between one and the other and so many are the territorial elements that each Lambrusco brings back into the glass.

they are produced in the area of Modena, Reggio Emilia and Mantua:

Produced mostly in Modena or Reggio Emilia, of which it is the pride, Lambrusco is also produced in Parma, Cremona, Mantua, Bologna and also in Trentino where they call it Enantio (Lambrusco a Foglia frastagliata) 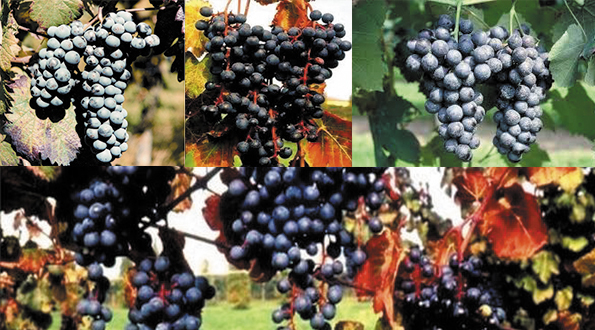 It probably takes its name from the shape of its long, compact cylindrical bunches, which resemble salami. Dark and intense color like its purple foam, rather than body.

Dense grapes; thick and consistent blue-black skin, juicy pulp in a nice sweet-acidulous balance. Rich vigor and production, the grapes collect all the sun and the summer heat to ripen completely in October. It grows in fertile flat lands, of silt-clay composition and on alluvial debris of the Modena area, but it is born precisely in the Santa Croce (Carpi) fraction from which it takes its name.

In the glass it will have bright intense violet reflections, fresh on the nose, fresh red fruits, wild strawberries, raspberries, and sometimes more mature like blackberries, plums. Vinous and well balanced between acidity and softness. The tannin is present but gentle, without ever being intrusive.
A good companion to a homemade pasta dish, but manages to hold up even more structured combinations such as pork (obviously) and roast cooking. 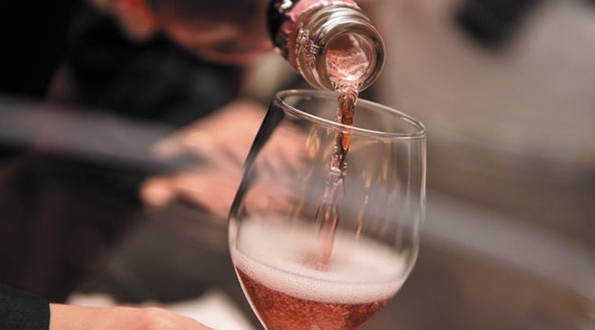 It is certainly the most prized of the three, both for the fineness of its aromas but above all for its very low productivity. This clone suffers as the Picolit in Friuli of the floral abortion (milling) which in some years entails an important reduction of the harvest.
But if on the one hand it is lost in quantity, the quality is consequently inevitable and very high.

The differences in terrain give different nuances to the final wine: between the two rivers Secchia and Panaro the sandy soils with alluvial sediments are rich in potassium, which is what gives finesse and elegance. If you walk away to the hilly areas, the clay certainly makes the wine more loaded, leaving all its elegance on the plain.
The color can be deceptive, being the lightest of the three, sometimes it is easy to mistake it for a rosé. A delicate claret pink color like its foam, a nice boost of liveliness given by freshness and acidity. Fragrant, fine both on the nose and on the palate, with a colorful range of aromas that make it together with the unmistakable rest. 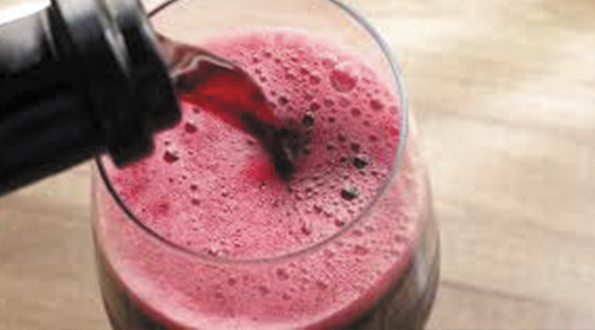 the name derives from the red coloring of the leaves, stems and pedicels in autumn. The main characteristic of the vine is not really the great vigor, although this lack leaves room for a great versatility in knowing how to prosper even in poor soils like the Modena hills and above all to bear well any climatic difficulties. It matures very late: in late autumn.
Its maximum expressiveness is obtained in the hilly area, where the yields are more limited compared to the sub-hills and the wines of good quality, because the vines grow on clay-limestone soils with sandy or marly grain. From the silt-sandy soils of the sub-hilly area, more permeable, grow vines that give greater production.
Violet-like as its reflections and its foam, vinous to the nose, fruity, fresh and fragrant and immediate connection to grapes but also to aromas of dried fruit like almond.
Among the three it is certainly the one with more structure, wider, with a fuller body and easily matched with salami or meat.

The types do not end here: Lambrusco can be sparkling, sparkling, fermented in the bottle, sweet, sweet, dry, rosé, in some isolated still case.

For this reason it makes it a wine suitable for very different dishes, such as fat dishes such as salami or pork, sausages, zamponi, cotechino; but also to more delicate dishes such as soups, pasta dishes, vegetables, risottos but also fish with no unlikely chance.

Is it then a great wine? Well, he doesn't lack the nuances to talk about crus, because after a few km the same clone will give different wines.

Marco is a boy with whom it is impossible not to get along, as with his friendly wines. On the other hand, he is one of those who believes in friendship so much that he calls his new business Angol d'Amig. Lambrusco could never be excluded from a table of friends, everyone knows it. His dream of becoming a winemaker has become a reality for a few years, before Marco tasted the wine in the place where he worked as a waiter, uncorking large bottles and many Lambrusco. From the strong friendship with Paolo Ghiddi of the San Polo company, the dream begins to draw, Paolo teaches him the fundamental phases and lets him use an "Angol" from his cellar.
Marco leaves a declaration to Camillo Favaro, few words say a lot about how clear his ideas are, his philosophy is clean and his wines honest. "For me making wine was the dream of a lifetime. I realize that I like making wine and making wine, but it's even better to stay in the countryside. But if you want me to tell you something, you have to know how to love the countryside. and my girlfriend, we wrote a concept: we on this earth are passing through, you can make a good or bad wine, a wine also disrespectful of the health of those who drink it. the earth you're an asshole. Because the earth stays there. Whoever arrives after you to trample on it has it there and you have to give it back to him alive. " 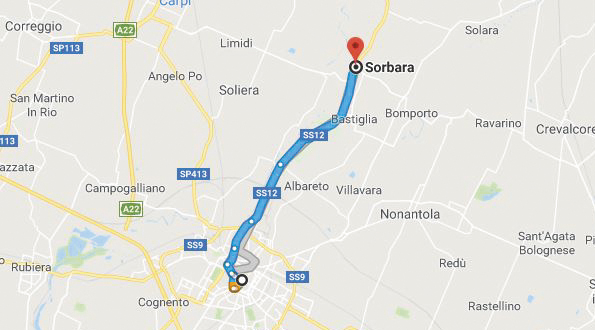 Fruit of the most refined area of Lambrusco, the valley between the Secchia and the Panaro, where the Lambrusco di Sorbara conquers the highest prestige in the cru Vigna del Cristo.
The story of Alberto Paltrinieri comes from three generations, his "Radice" (as the name of one of his wines) is indicative of a specific place, as when he speaks of Lambrusco: it almost gets annoying if you add nothing else to Lambrusco "Which Lambrusco?" because the differences are innumerable and without references to roots the taste would be a bit too superficial. Alberto recognizes in the Lambrusco the whole history of decades, mass production and cans included, does not hide that there is still much to work to eliminate prejudices altogether, but its precision both in the vineyard and in the cellar, can only be notice, his is really a great Lambrusco. 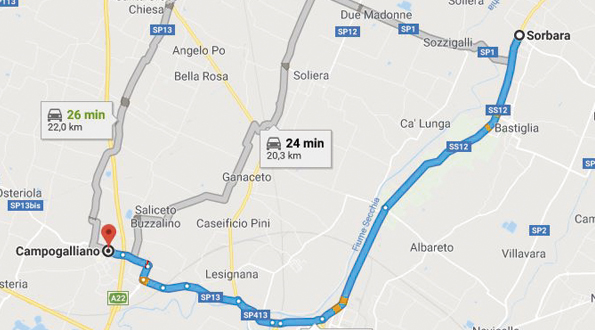 Here is a slice of pure Emilia. Gabriele Ronzoni is a seventy year old who at the end of the 80s, in addition to his main job in a ceramics company, decided to work as a winemaker for his wine. Gabriele cuts the profile of emiliano verace, a lover of typical cuisine (so much so that he writes several cookbooks), wine (Lambrusco of course) and conviviality: then we are in the right place! 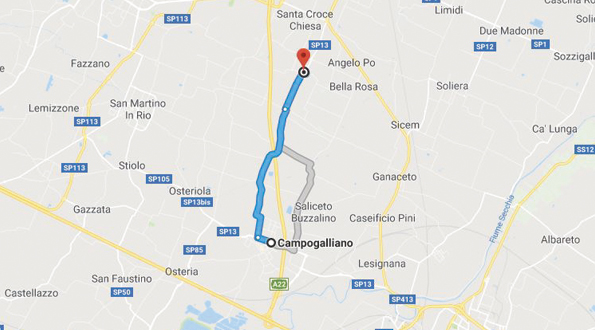 Gianluca is a young winemaker who with great humility knows his story, the history of his origins, and has great respect for it, drawing inspiration to start seasoning them with his. He loves biodynamic in wine but without going under, only on the quality of the activities in the vineyard and in the cellar is intransigent: there are no half measures, cleanliness, avant-garde, tradition, all in perfect balance.
His wines are outside the Doc, he does not want to compromise with the dictates and rules imposed, he wants to make his wine and he does it, with great consistency favoring it without ever maneuvering anything, that's why the Doc is close to him.
He is aware that he still has a lot to learn, but that makes him even bigger, because he never loses sight of who he is, where he comes from and what he wants to become, emanating a strong respect and a lot of curiosity around him. He is young but already deep. 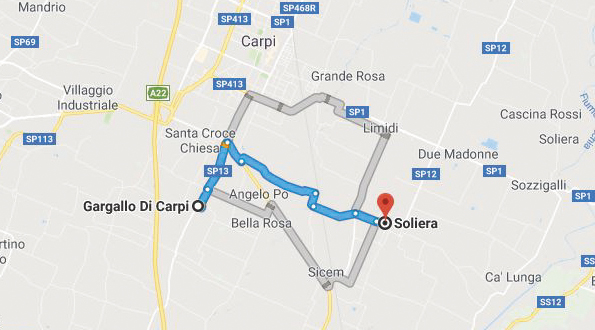 The Salamino here is the master of the house and without reverence or subjection, he walks tall without many complexes next to his "rivals" Grasparossa and Sorbara.
Work the Salamino with absolute dedication, understanding one by one the berries that are not exactly right.
His Cadet is to be tasted, it is clean, brilliant, energetic and free, like his idea of wine. 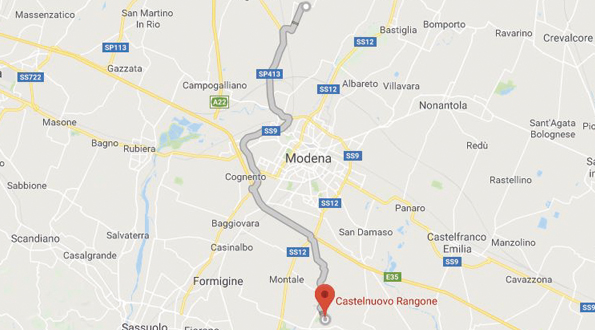 Claudio Plessi is the winemaker who starts from knowledge: he is an agronomy teacher and does not limit himself to knowing the usual varieties but also recovers the most unthinkable and cultivates them.
His wine oozes with culture, but without bacchettonismo, joyous happy, like a picnic with friends.

It is a wine to make known to young people, because, despite its ancient origin, it is in a sense a wine born recently for the second time. A great wine? Yes, absolutely! To celebrate the coming spring, for a picnic with friends or to quench the thirst for red lovers with the summer caligula.

Jura: The French Wine Region with Treasures to Jealously Guard in the Cellar 20/01/2021
Latest

Happy hour with Vermouth? Why not! The aromatic wine that has always been part of our culture. 06/06/2022

The iconic Marco De Bartoli and the change. Marsala: history, curiosities and pairings. 27/05/2022